The trip did happen on same day and Aryan chose not to share details.

We happened to meet his teacher when we went to school on this saturday(to deposit fees) and she told me that the trip did happen.

Later when I showed him THE supermarket and asked if he came here with ma'am , he said "yes" :P .

Uff these kids na , I was almost wanting to talk to the school about not informing us about the cancellation !!


Also , Shruti reminded me that I forgot to post about Grand Parents day , so here is an update :

Grand parents day was sometime in September , I guess 10th September and none of his GP were here. The school told you can send elderly people with whom the child is attached but we had no one here.

I thought that he would be disturbed not to find anyone from his family and so suggested that we will not send him school.

Husband on the other hand suggested that he should. And so he went.

He came back usual and when I asked what happened during the day , he told me :

I did tell this to his grandparents and we all had a good laugh!

And now I leave you with some pics clicked on saturday : 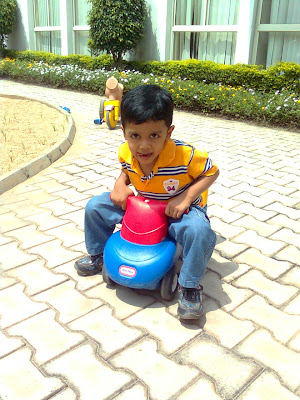 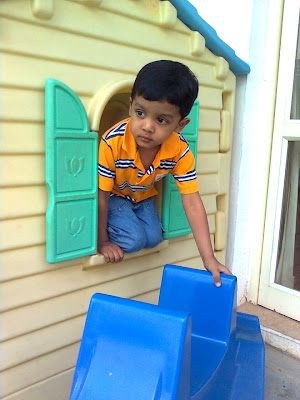 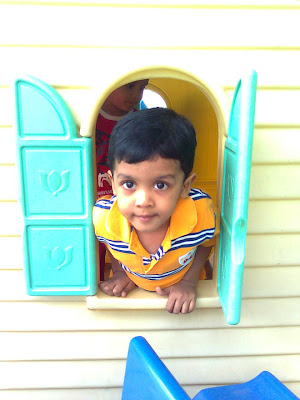 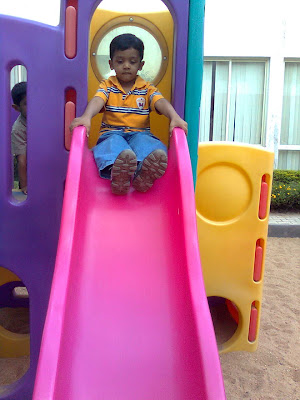 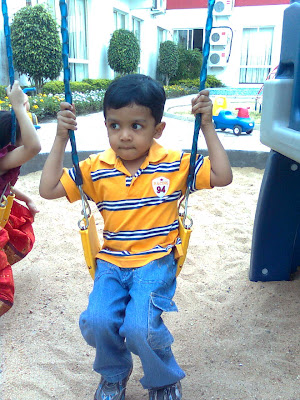 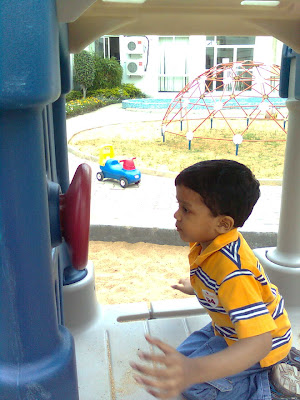 Enjoy and have a great diwali , See you after 28th Oct !
scrapped by Swati