Birthdays are always special and his was special too , in its own little ways,

My parents came on 18th for his birthday , a kick start to birthday !! He was thrilled to see them. And the gifts they got for him. So here is how was his 3 day birthday!

He went with his papa and Nanu to get his bicycle assembled and and was happy to get his first vehicle on 19th , birthday gift 2 days in advance :D 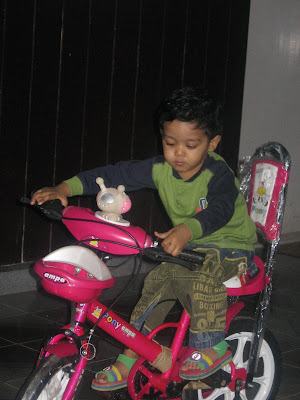 Plus there was a folding chair , that folds like an umbrella and Aryan enjoyed immitating Papa and Nanu :) 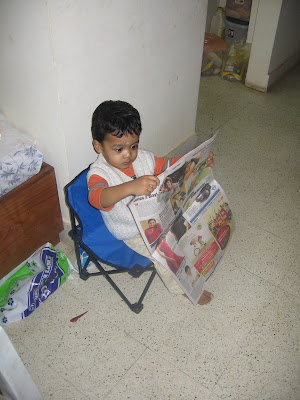 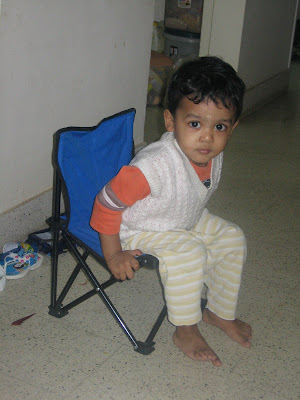 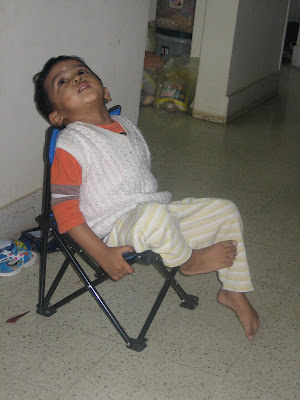 On sunday , we started off for a lunch to the place he enjoyed when we went there for the first time. He enjoyed this time as well and sat beside the pool. He actually wanted to jump in the pool , had I not been there. I did not let him due to recent cold and cough. 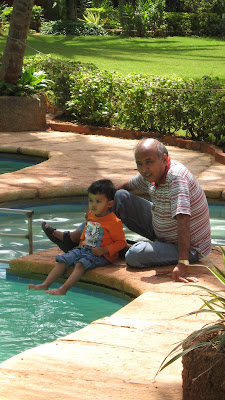 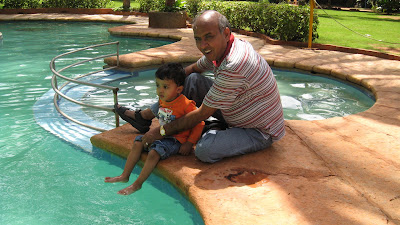 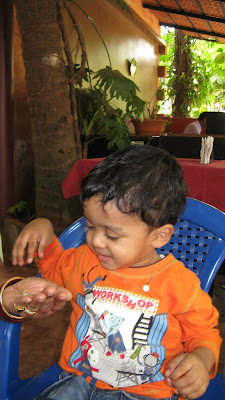 On the way back we went to Spar for our weekly grocery shopping and he kept on checking for his nanu nani and made sure that they don't go in different direction and sit in the car as we move. 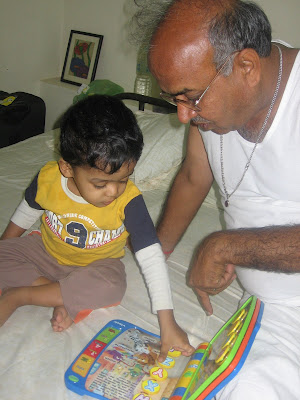 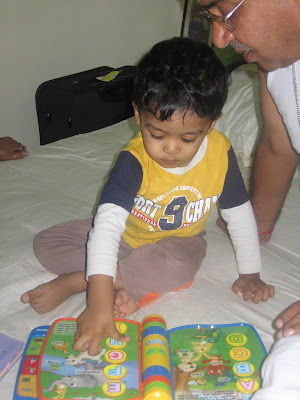 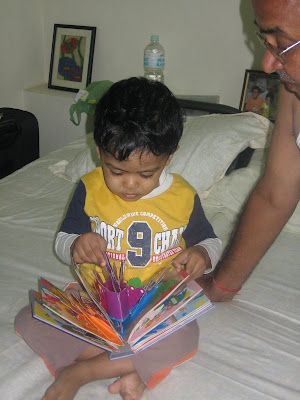 While he played , I spread out a kiddy bedsheet on our bed (he sleeps with us) with Pooh bear and friends. So when he came to bedroom (at 11.30 after lot of pushing from us) he was thrilled to see the bedsheet. So while we were in bed he tried to push me to the edge , saying "Hato", to be able to see all the cartoons. 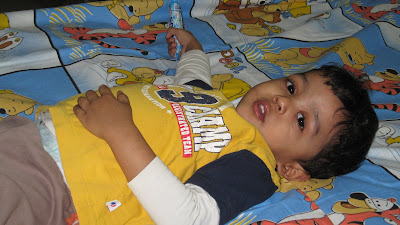 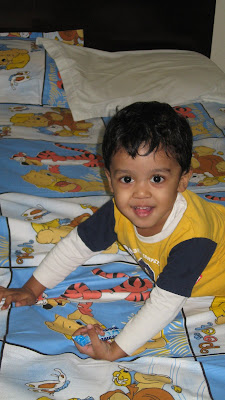 He did not sleep till 12 and played between both of us. So at 12 both of sang Happy Birthday to him and he was excited and happy and I could see an overwhemling expression in his eyes , which made my day ! Soon after receiving wishes , he started snoring and so did we.

Morning I got up usual and filled loads of balloons and pasted a birthday banner and few cartoon stickers. As soon as he woke up he was happy to see all that was around. Forgot about his morning milk for 30 minutes. He was told that it was his happy birthday today (he was being told from last few days) and he said , "Happy ady" , yeah something like that:) 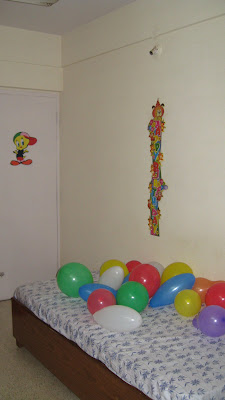 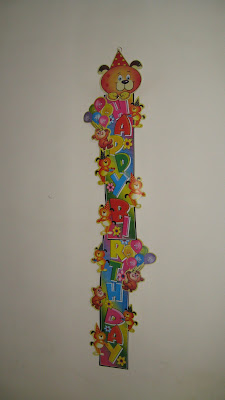 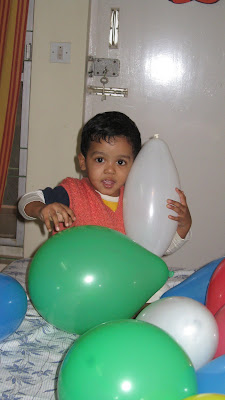 All the family called up to wish him and who would not enjoy that attention. He was hugged and kissed every 5 minutes and he had a blast.

He was dressed up in a kurta pajama around 12 ish and and we went to his day care for cake cutting (Yeah we decided for afternoon , because all the kids of his age group are there and are active at that time , plus I have evening calls at office and cannot miss them). He thought we went to leave him , though I had told him that he will be back with us. Plus it was almost his nap time and so he wanted to sleep , attributed to late sleeping the previous day. So he did get a little cranky to see the day care. But the cake cutting went well. Kids were excited to see cake and whistles and masks and return gifts. All of them enjoyed and sang Happy Birthday and wished Aryan. Aryan enjoyed the attention and waved them bye in the end with flying kisses. He was too happy on way back home , attributed to all the attention and the fact that he will be going HOME with NANU NANI :) 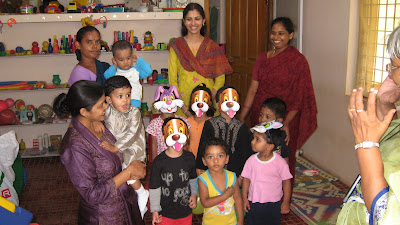 I made him sleep as soon as we reached home and then Anupam I pushed off to our offices for the second half of the day. Night , we spent time chit chatting and playing with Aryan and having some good food.

So that was it ..the much awaited Birthday of my little prince !
scrapped by Swati

Email ThisBlogThis!Share to TwitterShare to FacebookShare to Pinterest
Labels: Birthday