Initially Aryan used to cry while bathing , like any other baby.Those days either my mom or MIL used to bathe him,in those traditional way(making baby sit on legs or lie on floor).I was scared of bathing him, coz he used to cry a lot and I was scared that he will slip off my hands. So I bought a baby bath bed , as suggested by a friend. It was a boon. The bath time became fun, in just 2 days(He was 2 months old then).

I realized that Aryan was not as scared of water , as he was scared of lying on floor or sitting on feet.He had a fear of falling or hurting himself.I used to sing him .."Chai chapa chai..Chappak chai" and just after two days there was no crying while bathing. Soon I made him feel water and before i poured water over him, we spent a few minutes playing with water. Now Bath times are so much fun.He loves to touch the water and talks to the tap, when its not running ...:D

Here is a glimpse... 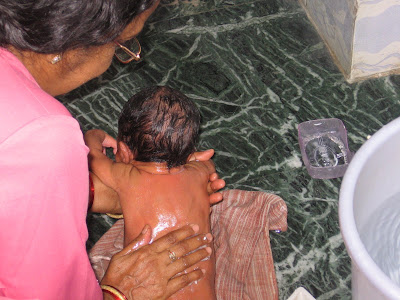 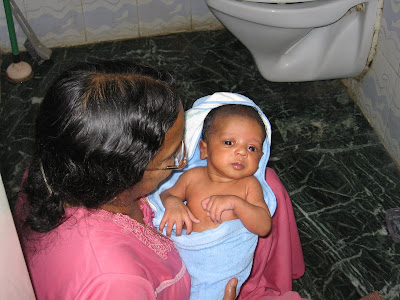 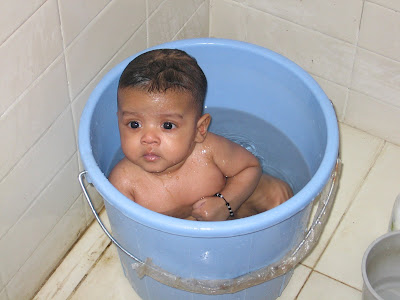 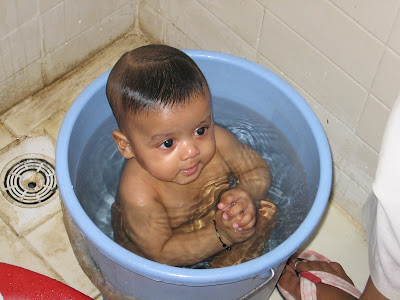 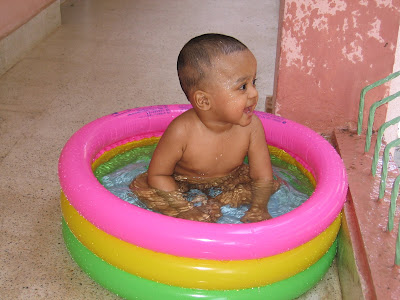 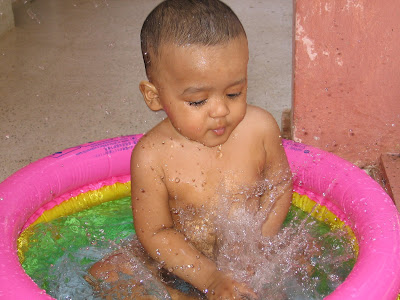 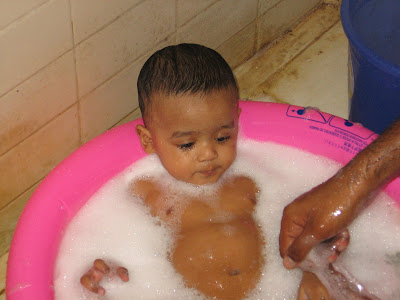 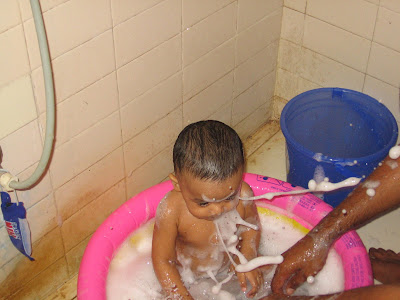 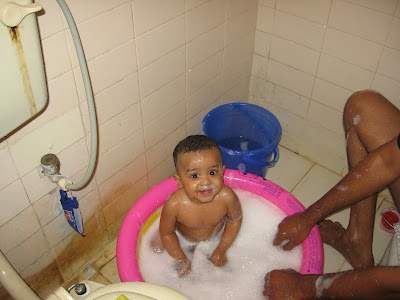