During my maternity leave , I utilized my time by staying with both of ours' parents.So after my stay in Bulandshahr, I reached jaipur on 2nd October, 2006 and stayed over till 24th October 2006.

The stay there was quite eventful.Soon after I reached was Aryan's DPT vaccination , followed by 2 days of fever and uneasiness. After he got over from that ,I suffered from "Chicken Gunia", a viral fever caused by mosquito bite.Now , you may think , whats so eventful about a viral fever.But yes it was , coz it was accompanied by severe severe joint pain. Yep, I wrote 'severe' twice intentionally , because I cannot find a single suitable word to express the intensity of pain.This was further followed by skin rashes and itching.The pain lasted for over 8 months.Aryan too suffered from viral fever again.

After that began the festive season. Karva Chauth and then Diwali. Anupam came a few days before diwali on 13th October.He could not recognize aryan after a gap of about 2 months and literally asked him , if this is the same baby..:D Diwali was fun, with entire family.It was a bit embarrasing too, with the joints pain accompanying me all the time.On 24th October , we had Aryan's Naamkaran(Naming ceremony) in morning and a small Birth celebration party in the evening.We had all the relavtives from both sides and it was a hectic but memorable day. Aryan really co-operated well.

On 25th we travelled back to delhi and then to Bangalore. Anupam describes the trip as most hectic trip home, since he hardly had a day of rest. We had to prepare for party , with invitations printing and distribution , plus shopping of gifts for famliy and relatives.

But I really enjoyed the whole trip , as could not have been more eventful.Aryan too got to meet all near and far relatives and was blessed with their love.

A few pics and more will follow in coming posts : 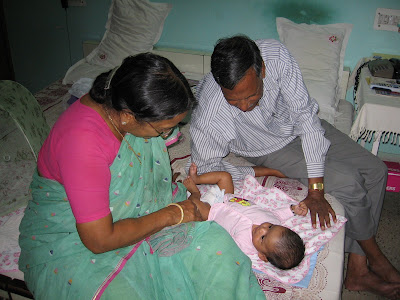 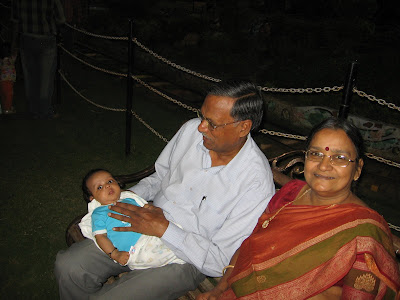 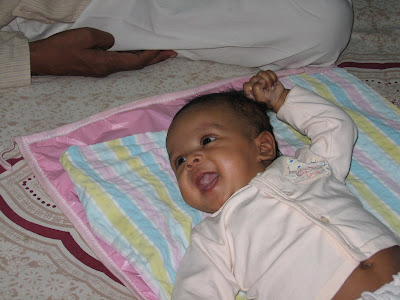 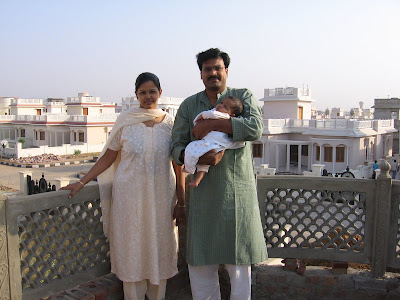 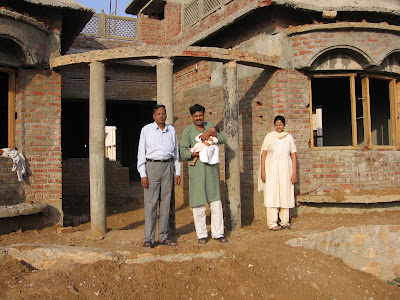 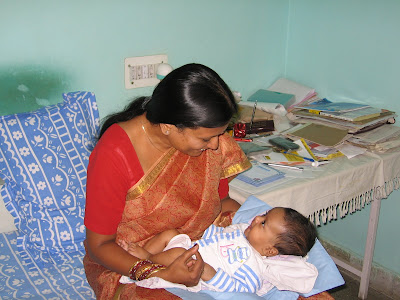 Email ThisBlogThis!Share to TwitterShare to FacebookShare to Pinterest
Labels: Memories