Fun at the Weddings !

As many of you know that I was on vacation for 10 days to attend 2 of Anupam's cousins weddings , one in Kota and another in Jaipur.Aryan enjoyed his time at the weddings.
He rocked the floor in his dhoti kurta ,dancing Mithun style in Kota during the sangeet function. But since it was too cold in kota and he being not used to it (born and brought up in Bangalore) he lost all his enthusiasm after sometime and I had to go inside to put him to sleep.

In Jaipur though weather was better and he thoroughly enjoyed both the functions. From dancing in sangeet , to dancing in barat , to sitting on horse with chachu , to touching the horse to see how it feels , to eating loads of ladoos , to trying the bridal chair , to wearing a gardland he did everything. And since he was with his dadu dadi , Tau ji taiji , bua phupha ji and lis cousins he was already on cloud nine.He was so excited that he used to forget when he was hungry and I was running after him for food.

Here is a glimpse of all the fun : 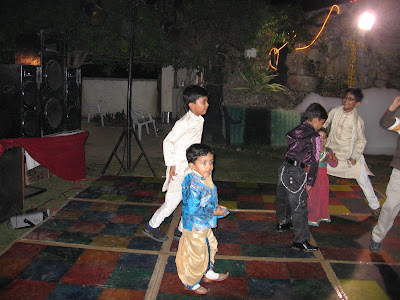 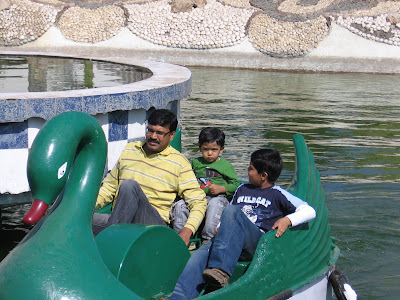 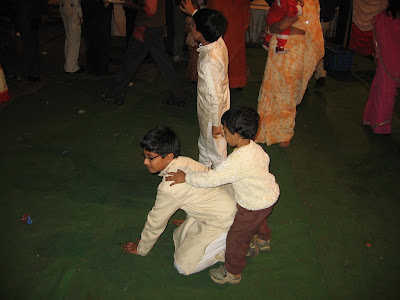 "Sitting Over his Cousin's back" 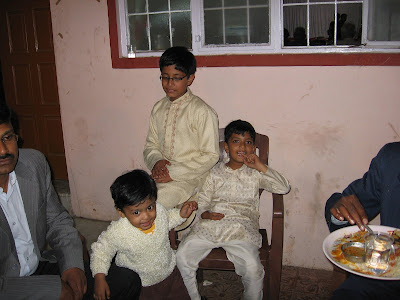 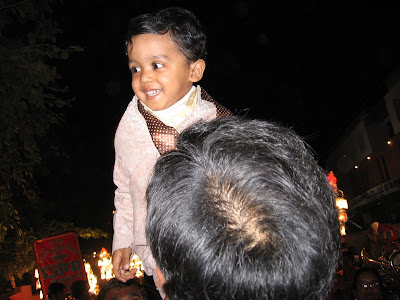 "Dancing in Barat : In Papa's lap" 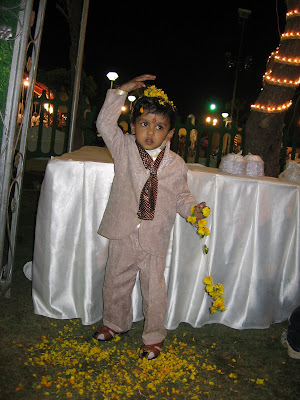 "Playing with Flowers : Don't I look like a little groom!" 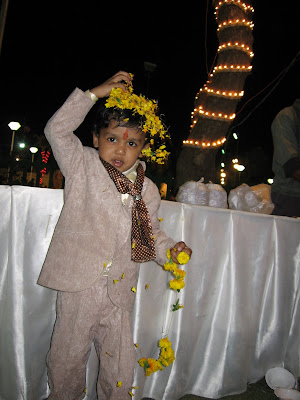 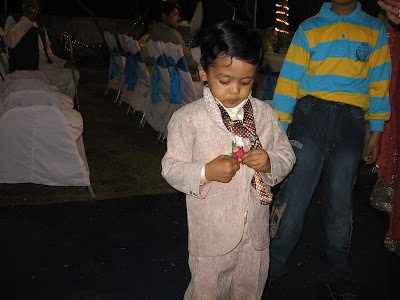 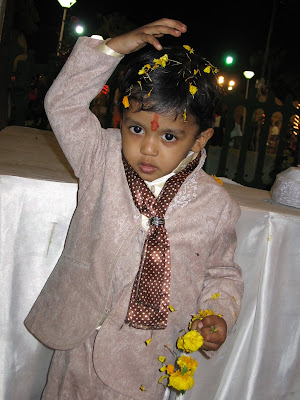 "Ok ..I will manage myself ..others are busy with chachu" 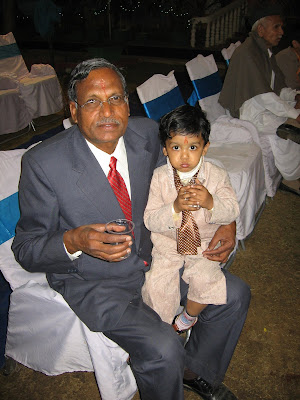 "Relaxing with Dadu"
scrapped by Swati