Aryan had his first sports day at school on 4th December. The theme of the event was Christmas ! He participated in a race called Starry Night , where the kids needed to pick up 2 cardboard stars on the way and reach to the finishing line. Aryan fared well , just that he forgot to run for few seconds in between :-) 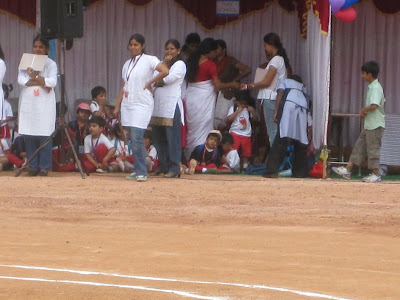 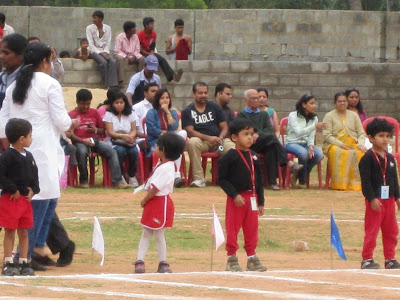 "Can you spot him"

There was a parent's and teachers race as well. Cutest thing was to see the little ones running and trying to do their best. Teachers were so caring for the kids.

Snacks was served to the kids and Aryan told that he had "cake, banana and mirchi wala juice" !
(Later I came to know that it was lemonade!)
scrapped by Swati