On 25th January we went sight seeing in Kodaikanal and at Green Valley view (sucide point) there were loads and loads of monkeys. Those monkeys were the most courageous monkeys we have ever seen in life. Humans don't bother them at all. Neither they are scared nor do they want to scare anyone. You can pass beside them like you are another monkey only :)

So one of these brave monkey saw a half consumed packet of chips in our taxi , which was parked by road side. It had 4 adults and a kid sitting in that and we were waiting for the driver. Just then the brave monkey came from driver's window into the car. It had all the adults and the kid (Aryan) screaming , in scare and in attempt to chase it away while within few seconds the monkey grabbed what it wanted and was out from the same window.

It left Aryan under terror. He could not believe that the monkey took his packet of chips under the nose of his parents. He cried in fear and his heart pumped like it would pop out. The parents and the rest of the junta tried to sooth him. But he kept crying after every few minutes thinking about the event.

He never got down from Mumma's lap the entire day. He was no longer interested in sight seeing and wanted to go home. He told mumma that "main monkey se gussa hoon. woh mera chips le gaya.mera yellow chips "

Later even in train , he asked why the monkey took his chips even though mumma had bought him another one by then.

Now the monkey story is a part of our life. Every night we narrate to each other , how the monkey took Aryan's yellow chips :-D 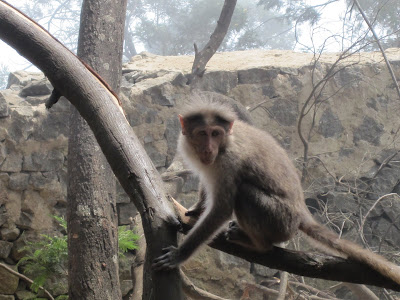 The Monkey whose brother scared Aryan out !

On a serious note though , we know he would take a looooooooong time to get over this monkey fear. Also , I wanted to take him to zoo soon , since he missed his school trip to zoo , due to our kodaikanal trip but now I fear that he would want to be carried the moment he would see monkeys in the zoo :(

Other real and not -so -real animals that Aryan encountered in kodaikanal : 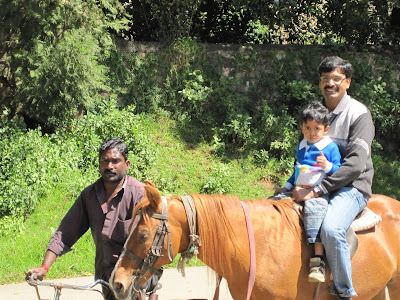 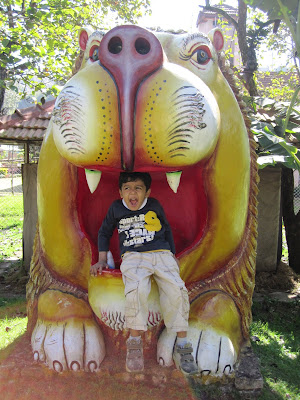 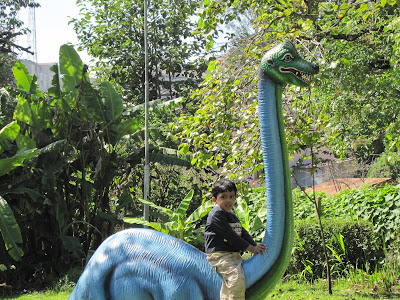 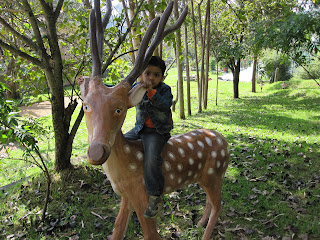 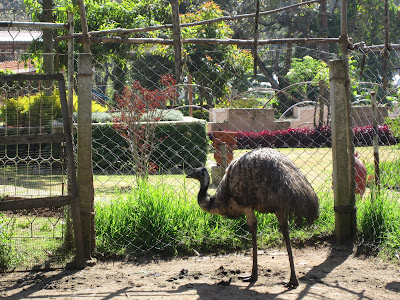 Emu at the resort 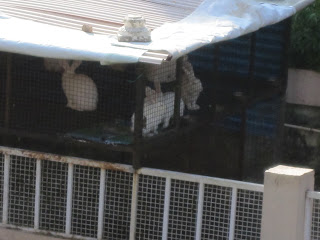 Rabbits at the resort 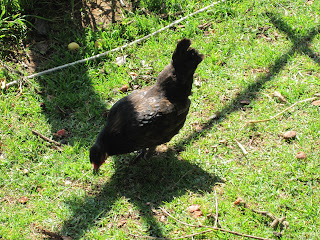 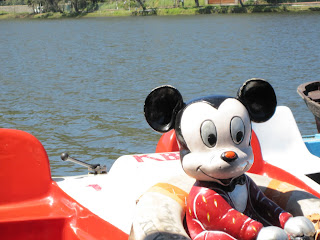